Organic apple cider vinegar comes from Himachal apple orchards and is raw, organic, unfiltered, and unpasteurized, containing a wealth of natural enzymes and healthy microorganisms. Among home remedies, apple cider vinegar is very popular. People have used it for centuries in cooking and home medicine.

Apple sugar is fermented to produce apple cider vinegar. This transforms them into acetic acid, the primary active component of vinegar and maybe the source of its health advantages. Given that it is natural vinegar, a layer of "mother of vinegar" will form on top when exposed to oxygen. This is a sign of purity; therefore, there is no need to be concerned; it only needs to be shaken and consumed. Buy apple cider vinegar online from Healthy Buddha.

Preserve Food: Like other kinds of vinegar, apple cider vinegar works well as a preservative. Vinegar has been used for thousands of years as a pickling agent to preserve goods. It functions by raising the food's acidity, which disables its enzymes and eliminates any microorganisms that could otherwise spoil it.

For Clear Skin: Apple cider vinegar diluted with water is anecdotally said to work well on pimples. Although there is little to no scientific support for ACV's potential benefits for eczema, using apple cider vinegar to treat skin might help restore its natural pH barrier because of its inherent acidity.

For Period Cramps :Apple cider vinegar includes potassium and calcium, which assist in controlling blood clotting and reduce uterus cramping. One tablespoon should be added to a16-ounce glass of hot or cold water before drinking. Add ginger to make it an even tasty and more potent pain reliever!

Manages Blood Sugar Levels: According to research, taking a few teaspoons of apple cider vinegar before a meal or with it will enhance insulin sensitivity and lessen blood sugar increases after meals.

Detoxification of Body: Antioxidants like polyphenols, which have been demonstrated to lower the prevalence of degenerative health issues, are abundant in apple cider vinegar. The lymphatic system is where antioxidants are active, supporting the body's detoxification and immune systems.

How is Apple Cider Vinegar made?

How to Store Apple Cider Vinegar?

Since apple cider vinegar is naturally acidic, it can be stored at room temperature for up to two years before losing quality. However, it can survive much longer. It's good for about a year after opening. Each time, make sure to seal the lid properly. Store out of direct sunlight. If the vinegar is unpasteurized, you can detect particles accumulating on the bottom or a change in cloudiness. Both are typical effects of the mother and might occur over time.

How much apple cider vinegar should you drink a day?

According to most research, 1–2tablespoons of apple cider vinegar mixed with water should be taken daily.

Can one drink apple cider vinegar every day?

Most people can safely consume apple cider vinegar daily in moderation. However, be mindful of your intake. Depending on your tolerance, start with a small dose and gradually increase it to a daily maximum of 2 teaspoons (30 mL) diluted in water.

Both are interchangeable and have been shown to improve a person's health. The ingredients they are made of are what set the two products apart. Cider vinegar can also be created from other fruits, such as raspberries, but apple cider vinegar is typically made from apples.

Apple cider vinegar is a low-calorie beverage that can aid in weight loss because it only has about 22calories per 100 grams. To lose belly fat, early in the morning, on an empty stomach, take a glass of water with a spoonful of apple cider vinegar.

What is the best way to drink organic apple cider vinegar?

Add a tablespoon of apple cider vinegar and some lemon and cinnamon to a glass of water. Add honey for taste. This excellent drink is a perfect combination of taste and wellness.

What are the other ranges of organic food offered by Healthy Buddha?

This Signature Strawberry cooler concentrate is made with 100% organic strawberry puree. The strawbe 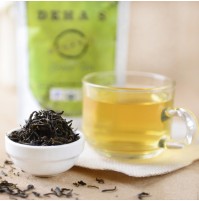 Our green tea comes from the hilly gardens of assam which gives it a distinct flavor. The tea garden 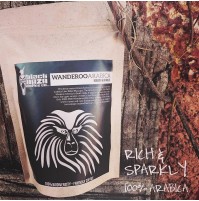 Good for black coffee and can be brewed using an espresso machine, Aeropress, Pour-Over.  This